by Shake Em Up Jazz Band 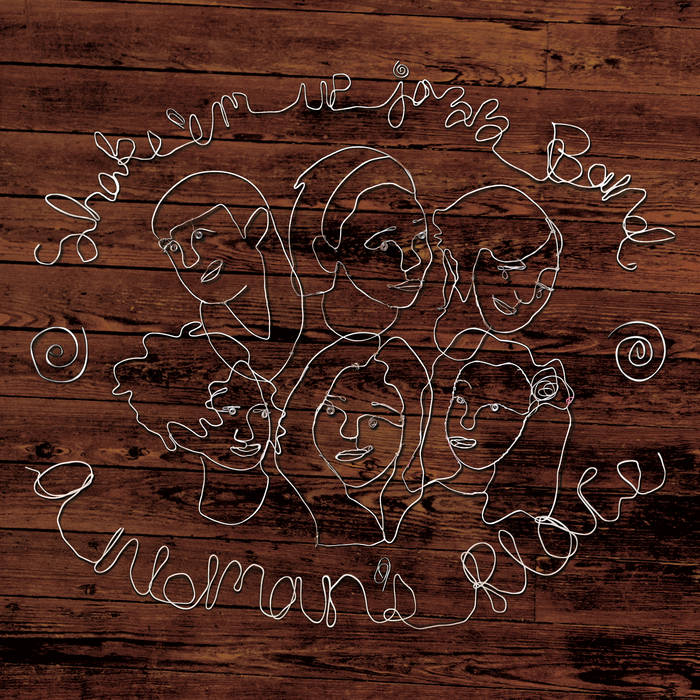 metairietom I'm so thanking the heavens for the sparks that inspired these angels!!! Listening all day with my dogs while my kid is at summer camp and we like it loud!!! Favorite track: Shake Sugaree.

freecloud11 I picked a favorite but I love every track. I love the history and the mix of songs on this album from New Orleans jazz to ragtime to blues, with and without vocals. I also love that Shake Em Up is a small ensemble, combined with excellent recording and a wide soundstage, it feels live and intimate and every artist is easy to hear. One of my fav albums of 2018! Favorite track: Charleston Mad.

Ron Dion The music is "GREAT!", and I like girls. Favorite track: Dusty Rag.
more...

With A Woman’s Place, New Orleans-based Shake ‘Em Up Jazz Band pays tribute to women composers and lyricists. We put this album together with the intention to celebrate these artists and their contributions to the music we love and play daily. The album title, an abbreviation of bassist Vivien Garry’s composition “A Woman’s Place is in the Groove” suggests a more inclusive history of jazz, reminding us that as progenitors of early 20th century music the legacy of women extends well beyond performing, but also includes arranging, composing and influencing this music since its earliest days.

Lovie Austin and Lil’ Hardin Armstrong were both pianists with formal music education who were integral to the Chicago jazz scene of the 1920s. Hardin played piano and arranged for both King Oliver’s Creole Jazz Band and Louis’ Hot Fives and Sevens. She contributed some of the most memorable tunes of those sessions, two of which are presented here: “Skid-Dat-De-Dat” and “My Heart,” the very first recording made by the Hot Five in 1925.

The Boswell Sisters (Martha, Connee and “Vet”) who are well-remembered for their seamless and intricate vocal harmonies, are represented here with their original “Puttin’ it On,” which features compositional elements such as shifting tonalities, tempo changes, and contrasting sections that make Boswell Sister records so enthralling.

Lyricists are also represented on this album: Lucy Fletcher contributed the lyrics to Clarence Williams’ “Sugar Blues,” while vocalist Alberta Hunter is credited with the music and lyrics to “The Love I Have for You.” Both Lovie Austin and Lil’ Hardin accompanied Hunter in Chicago during the 1920s.

Ragtime composer May Aufderheide, who wrote “The Thriller,” “Blue Ribbon Rag” and “Buzzer Rag,” among others, is represented here with “Dusty Rag,” a tune known to many revivalists through Bunk Johnson.

“In The Gloaming” is the oldest tune on this album (1877). Meta Orred wrote the lyrics of this tune, which were originally a poem. The music was composed by Annie Fortescue Harrison.

Elizabeth Cotten is better known to folk music audiences, though her song “Freight Train” has made its way into jazz performances throughout the years, including a recording by Preservation Hall. Represented on this album, “Shake Sugaree” was written in her later years with the help of her grandchildren.

Although we know little about the life of blues singer Geeshie Wiley, her name is familiar to fans of early blues and especially among collectors of 78 RPM records. “Last Kind Words Blues” — with guitar accompaniment by Elvie Thomas — is one of only six sides she made for Paramount Records between 1930 and 1931. Adding to the allure of the original performance is the fact that only three copies of the original 78 record are known to exist.

Rather than being the impossible task of an exhaustive survey of early 20th century American female composers and lyricists, this album is much more intended to be a celebration of these songs and the women who created them, and more could be said and learned about each of these songs and artists.

We hope you enjoy listening to A Woman’s Place as much as we enjoyed making it.

Bandcamp Daily  your guide to the world of Bandcamp